Speaking at the Gjorche Petrov Police Center, Minister Spasovski said the Rapid Deployment Unit had been formed in 2001 and had shown outstanding results since. He praised the unit members’ professionalism in carrying out special police operations and their active participation in the European law enforcement system.

“Aware of how important this kind of police service is, we are focused on the unit’s further development toward achieving the highest European and world police standards,” he added.

Spasovski said the unit’s members had trained hard under harsh conditions to reach their level of competence and functional adaptability to the needs and goals of policing and were motivated to achieve even more, “offering every reason for us to further invest in their professional development, modernization, and specialization.” 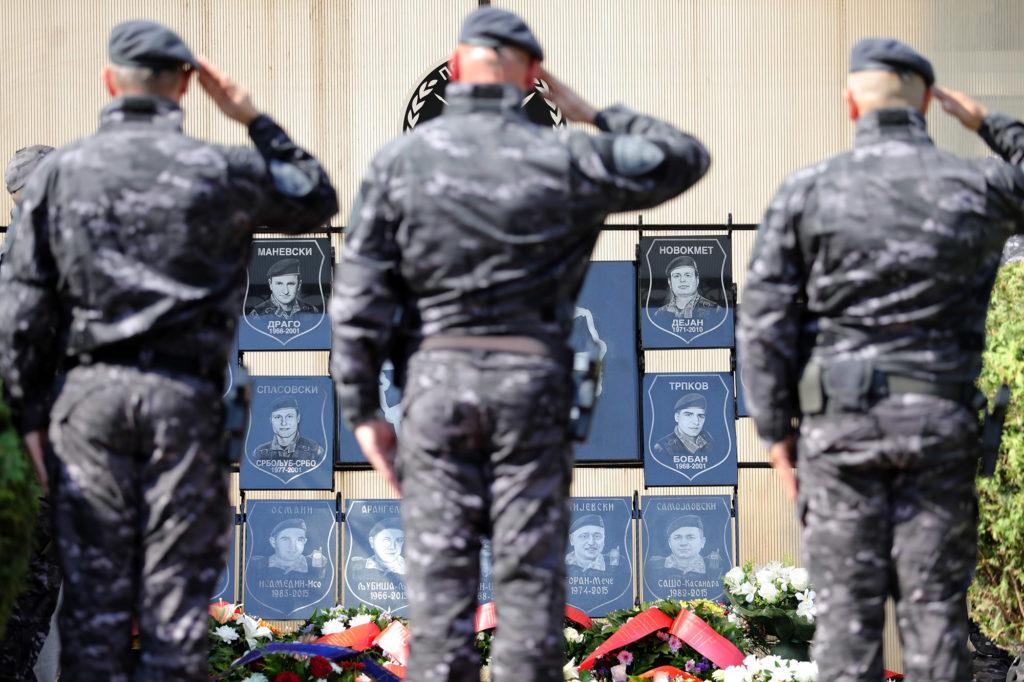 “Given the importance and continuity of the unit as an organizational structure of special interest and significance for the Ministry of Interior,” Spasovski continued, “we have strongly incorporated it in our frequent efforts over the past few years to develop even more substantially the police’s technical as well as professional capability as part of the general security reform processes.”

Since 2017, he recalled, the Ministry of Interior had provided police officers, including Rapid Deployment Unit members, with dynamic training, special uniforms and equipment mainly on the ministry’s own budget. Improvements included renovating police department buildings, as well.

He said the Rapid Deployment Unit has recently been provided with new urban camouflage and rural camouflage uniforms; special uniforms worn during a breakdown of law and order and apprehending dangerous persons; and sportswear.

Other ongoing improvements included additional infrastructure work and modernizing police weapons and vehicles. The unit members would also be provided with additional training according to the highest European special police force standards, he added.

Minister Spasovski noted the unit was highly capable of carrying out police assignments on its own or in coordination with other police forces – while, at the same time, promoting multiethnicity and gender equity in its ranks.

He highlighted that the Rapid Deployment Unit members had been at the front line in the pandemic, enforcing the national Covid-19 prevention and protection rules, night and day.

They were also summoned in emergencies and natural disasters, such as the recent fires in many parts of the state, he said.

The unit, Spasovski said, had made a significant contribution both to North Macedonia’s police’s high rating in the country and to its reputation of being “a respectable partner actively engaged in various regional and international initiatives, operations, and projects in many areas of security.”

“Always and everywhere!”, he said, was not an accidentally chosen slogan.

The unit would continue advancing, the interior minister noted, toward the goal of building a police force that would be not only a public service but also a safeguard of public security and serenity.