A groom named Rahat Akbaba was arrested for insulting President Recep Tayyip Erdoğan on henna night, a customary celebration before a wedding, in Turkey’s Diyarbakır province, causing the wedding ceremony to be held with just the bride, the Mezopotamya news agency reported.

According to the report, Akbaba’s car was stopped on April 5 by counterterrorism units on his way from the hairdresser to the henna night party with his bride, Sara Başak. Akbaba was taken to a courthouse and later to Diyarbakır Prison after he was informed that a sentence of three years, nine months in prison for insulting President Erdoğan had been approved by an appeals court.

But their families held the henna celebration and later the wedding ceremony on April 6 as previously planned. Başak performed all the rituals alone.

“They could not tolerate our happiest day. They made the arrest intentionally on henna night. During our talk at the courthouse, he [Akbaba] wanted us to hold the wedding ceremony. We did so out of spite,” said bride.

Twenty-seven social media messages that Akbaba has posted on social media since 2012 were judged to be insults to President Erdoğan by the court. 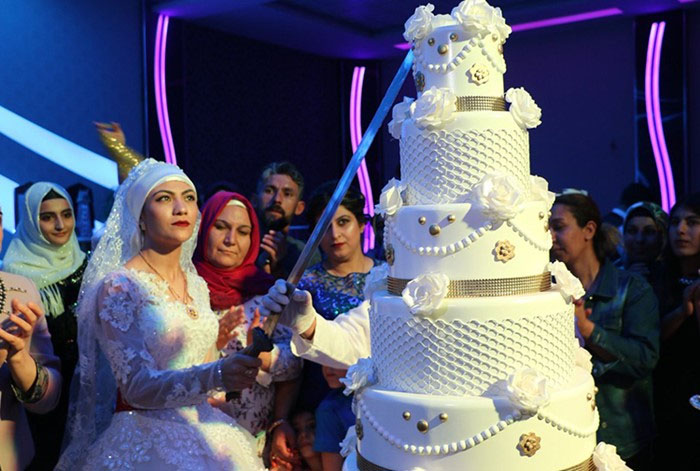