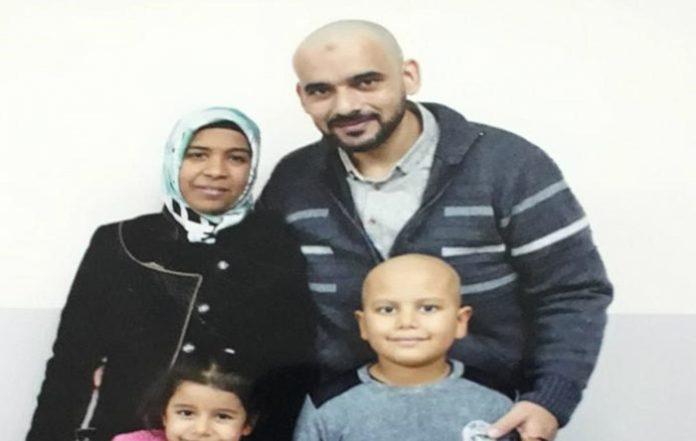 Thirty-three-year-old Zekiye Ataç has called on Turkish authorities to revoke a travel ban imposed on her due to her alleged links to the Gülen movement so that she can accompany her son, who suffers from cancer, to seek treatment abroad.

Ataç has come to public attention in Turkey due to a campaign to secure the release of her husband, Harun, who was convicted of terrorist organization membership and sentenced to more than nine years in prison in November 2018.

The couple faced prosecution for having worked at a Gülen-linked dormitory. Zekiye Ataç was also jailed for two-and-a-half months on charges of being a Gülen movement follower.

The Turkish government accuses the Gülen movement of masterminding a failed coup attempt on July 15, 2016 and labels it a “terrorist organization,” although the movement strongly denies involvement in the coup attempt or any terrorist activity.

Ataç’s 8-year-old son Ahmet Burhan has been suffering from osteoid cancer for more than a year, which has now spread to his lungs. The woman has been calling for the release of her husband at least during the appeals process so that her son can be with his father during the treatment.

In a video message posted by Euronews Turkish edition, Ataç said a cancer treatment center in the German city of Cologne has offered to undertake the treatment of her son but that she cannot travel abroad because she faces a travel ban as part of an investigation into her alleged Gülen links.

“I am appealing to the authorities. Please lift my travel ban. My son’s life is in danger. And I am expecting support from everyone for the treatment of my son,” Ataç says in the video message.

Following the coup attempt, the Turkish government launched a massive crackdown on followers of the movement under the pretext of an anti-coup fight as a result of which more than 150,000 people were removed from state jobs while in excess of 30,000 others were jailed and some 600,000 people have been investigated on allegations of terrorism. A travel ban has been also imposed on the purged public officials as well as people under investigation for Gülen links.

In October Zekiye Ataç was detained and later released under judicial supervision after she requested her husband’s release from pre-trial detention due to her son’s deteriorating health.

On Oct. 2 she had spoken to Euronews Turkish service about her social media campaign to have her husband released. In the interview she had said her son’s disease was discovered after his father’s arrest in March 2018 and that he needs his father to be with him to get better.