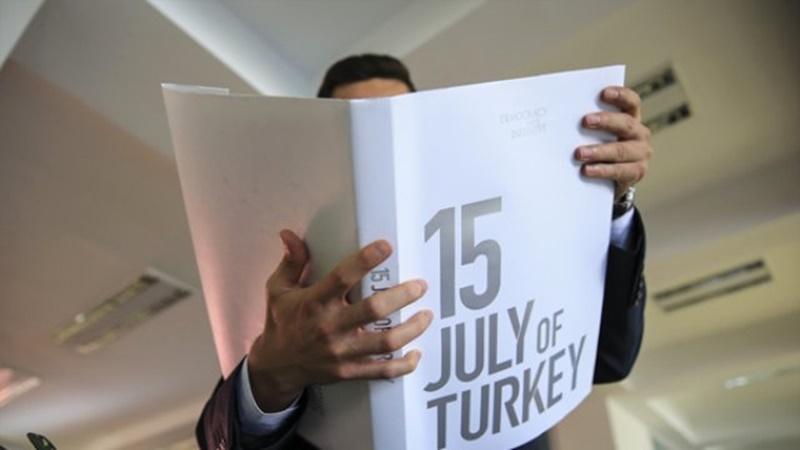 New documents continue to emerge regarding Turkey’s still-controversial coup attempt, shedding light on the unknown aspects of the failed putsch.

The blacklist of Turkish Army members by Erdogan Regime months before July 2016 coup attempt is the same as the martial law-list announced by coup plotters on the night of the 15th of July, exiled Turkish journalist Adem Yavuz Arslan reported.

“The rank of some military officers were miswritten and even those mistakes were identical in both lists”, Arslan said.

Arslan published the relevant documents by listing common mistakes in both lists.

According to Arslan, the real actors of the attempted coup made an enormous mistake by turning the blacklist prepared before the coup into the alleged command echelon list of the subsequent martial law regime, saying such a mistake could spoil the whole story.

Arslan further pointed to the fact that the ordering of both lists is also the same.

Arslan called attention to an important detail saying “All military officers who started serving in 2010 in Turkish Land Forces Command were blacklisted, except for one: Eren Şen. Eren Şen appeared in a court as a witness and said ‘As a member of Gulen Movement, I told everything I know about this movement to the competent authorities”.

A group nominated by Erdogan of former politicians and soldiers had prepared extensive blacklists and submitted them to Intelligence Office, Police Forces and Presidency of Turkey, Arslan claimed. Those people admitted their efforts to blacklist army members who allegedly have ties to the Gulen Movement.

Colonel Muharrem Kose tried to demonstrate how these two lists are the same with their identical mistakes in a trial on 22 September 2019 heard by Ankara 25th Heavy Penal Court where he stood as a defendant on charges of plotting a coup, Arslan said. The judge first had refused to hear his claims, but upon his lawyer’s insistence, he was given a short time to explain them at the end of the trial. Kose claimed that the list of “Gulenist army officers” -drafted before the coup attempt and filed in the court documents- is a blacklist and it is the same document as the one announced as “martial law list”. He supported his claim by providing some concrete examples.

Tuba Özkan who was serving in the Turkish Air Force as a sergeant in Diyarbakır province on the night of the coup bid was recorded as an officer of Turkish Land Forces in the blacklist. The same mistake was also made in the martial law list published on July 25. Arslan gives many examples of common mistakes seen in both lists and argues that there is no real coup attempt but rather an operation launched by the Turkish intelligence service. Referring to Erdogan’s words of “a gift from God” for the coup attempt, Arslan asserted that Erdogan could dismiss thousands of military officers whom he sees as the only obstruct in his way.